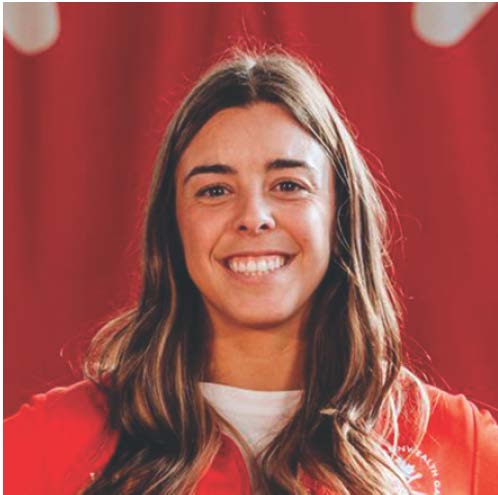 Meaghan Benfeito is a Canadian diver born on March 2, 1989 in Montreal, PQ., to Arthur Benfeito and Margarida. She has younger twin sisters, Alicia and Chelsea.

She began diving for Canada in 2005 won a bronze medal at the World Aqua-tics Championships in Montreal along with Roseline Filion that same year. In 2006, they won a bronze at the Common-wealth Games. At the 2012 Summer Olympics in London the two managed to hold third place in the 10 m platform synchro event. After the medal clinching dive she said that ”We gave it all we had and we came away with a bronze medal We’re pretty happy with that!”

At the 2016 Summer Olympics in Rio de Janeiro, Benfeito and Filion repeated their bronze medal performance in the 10 m platform synchro event, while Benfeito won an additional individual medal in the individual platform diving event.

Benfeito was named as Canada’s flag bearer for the 2018 Commonwealth Games in the Gold Coast, Australia.