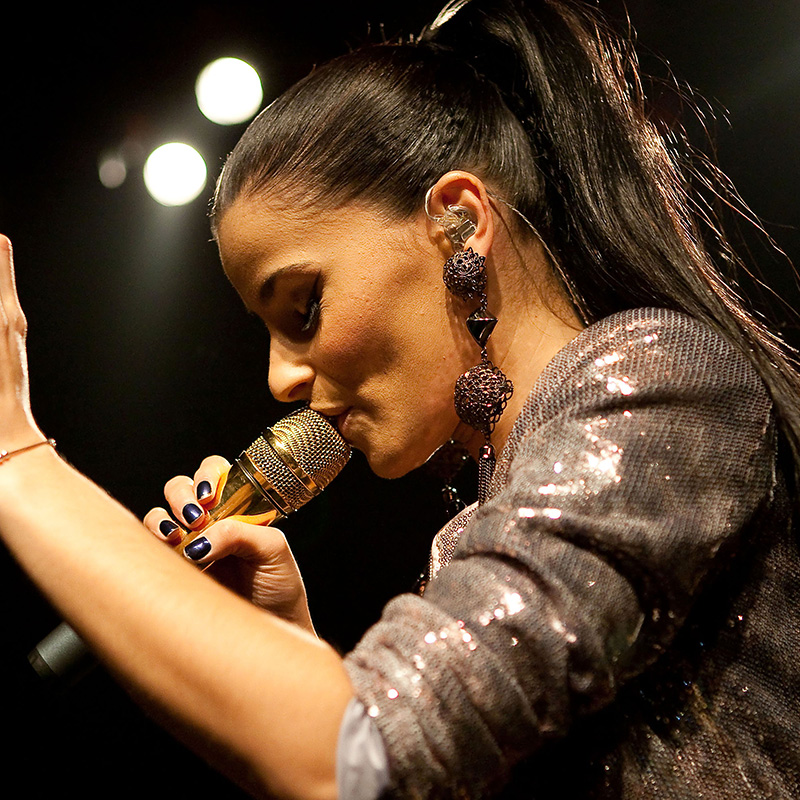 Nelly Kim Furtado (born December 2, 1978) is a Canadian singer, songwriter and actress. She has sold 20 million albums worldwide and more than 20 million singles, bringing her total sales to over 40 million records around the world. Born into a working class Azorean, Portuguese family with a strong musical heritage, she played ukulele at age four and over time became known for her eclectic beats and impressive song writing skills. Nelly sings in various languages and is proud of her Portuguese culture. She is a philanthropist and works to make the world a better place for others.

Furtado first gained fame with her debut album, Whoa, Nelly!, which spawned two successful singles, “I’m Like a Bird” and “Turn Off the Light”. “I’m Like A Bird” won a 2001 Juno Award for Single of the Year and a 2002 Grammy Award for Best Female Pop Vocal Performance. In 2003, Furtado released Folklore, which produced three international singles “Powerless (Say What You Want)”, “Try” and “Força”. Three years later she released Loose, a worldwide commercial success. The album spawned four number-one hits: “Promiscuous”, “Maneater”, “Say It Right” and “All Good Things (Come to an End)”. After a three-year break, she released her first full-length Spanish album, Mi Plan, and Furtado received a Latin Grammy for Best Female Pop Vocal Album.

In 2012, Furtado’s fourth English-language studio album, The Spirit Indestructible, was released. Furtado’s work has earned her numerous awards and accolades, including 2 Grammy Awards, 10 Juno Awards, 3 MuchMusic Video Awards and a star on Canada’s Walk of Fame. Furtado was awarded “Commander of the Order of Prince Henry” on February 28, 2014, in Toronto, by the President of the Portuguese Republic.